A five star touring caravan park in Bridgnorth is advising caravanners to book early to avoid disappointment if they are planning  to stay during the Severn Valley Railway’s Spring Steam Gala from March 20-22.

Stanmore Hall Touring Park is popular with railway enthusiasts, as it’s not far from the railway’s Bridgnorth Station and 2015 is a special year for the Severn Valley Railway, which is celebrating its 50th anniversary. The park is owned by Shrewsbury-based Morris Leisure

Joining the 50th birthday celebrations at the three-day Spring Steam Gala will be a number of visiting locomotives, including Coal tank No 1054, No 90733, No L92 and No 4270.

Built in 1888, No 1054 is owned by the National Trust and will be the oldest loco in service at the gala. It is visiting from Keighley and Worth Valley Railway, courtesy of the Bahamas Locomotive Society.

The locomotive’s most recent overhaul was supported by the Heritage Lottery Fund and completed in 2012, when No 1054 made its second visit to the Severn Valley Railway. For more information about the railway visit http://www.svr.co.uk/

Stanmore Hall is a great base for visiting a wide range of attractions in the region including the famous Ironbridge Gorge Museums, Cadbury’s World, the West Midland Safari Park and the Royal Air Force MuseumCosford.

Other forthcoming events for the diary are: Ironbridge Gorge Museums:  Traditional Easter holiday activities from Saturday, March 28 until Sunday, April 12.

Stanmore Hall, which has 131 touring pitches and is a prestigious affiliated site of The Caravan Club, is set within 12.5 acres of wooded parkland on the edge of Bridgnorth, where caravanners enjoy attractive lake views. 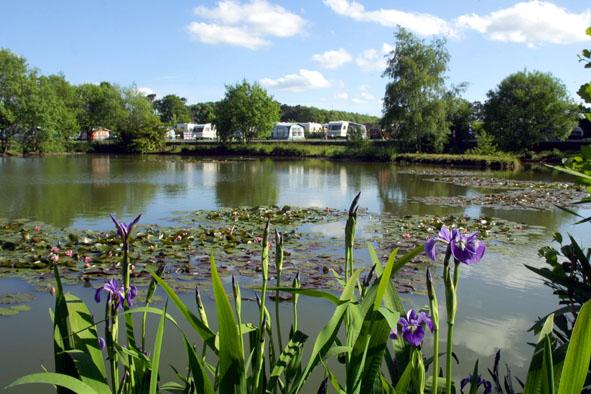