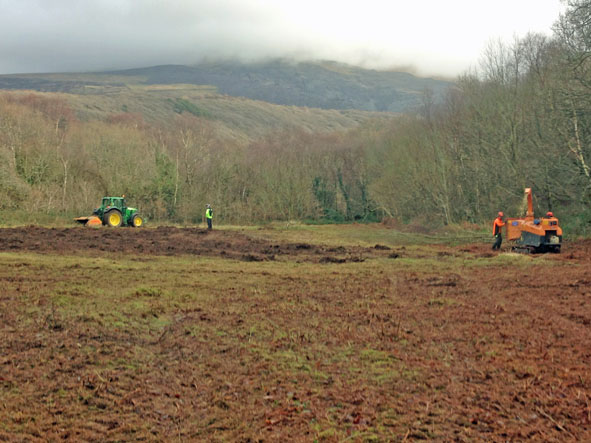 Work to create a £1 million five star touring caravan park in Llanberis is underway after plans for the exciting project were given the green light by Gwynedd Council.

The land, which is on the edge of Llanberis, was previously part of a slate mining operation and used for offices during the construction of Dinorwig Power Station. The brown field site will now be transformed to a high quality park for touring caravans and motorhomes in an area of Snowdonia very popular with tourists.

“Following our £4 million investment in Riverside Touring Park, we have been looking to expand our park portfolio in Snowdonia and detailed market research identified Llanberis as an ideal location,” said managing director Edward Goddard.

“The new park will create four jobs and we hope to complete the work in late summer by using local contractors and services wherever possible. Based on figures issued by the British Holiday and Home Parks Association, the touring park would generate in excess of £200,000 a year for the local economy, which has got to be positive for Llanberis

Morris Leisure is already well known and respected in the caravan industry through its ownership of five star quality caravan parks.