Shropshire To Set The Scene For Brand New Dracula Movie

Shropshire To Set The Scene For Brand New Dracula Movie

Anyone visiting a Morris Leisure Touring Park over the summer may just find themselves caught up in one of the world’s most famous horror stories when filmmakers arrive in Shropshire.

Bram Stoker’s 1897 Gothic horror novel Dracula will be brought right up into the 21st century for a new film, which will use a number of locations around the county.

The producers of Dracula 2015 – Killer on the Catwalk, had planned to make their movie in Hungary, but later changed their minds and decided to shoot across Shropshire, including Bridgnorth, Morville, Ludlow, Arley and Much Wenlock, with key locations including Ludlow Castle and Aldenham Park, in Morville.

The opening scene will be filmed at the Severn Valley Railway’s Arley Station which lies just a stone’s throw away from Morris Leisure’s Stanmore Hall Touring Park; whilst Ludlow castle is within walking distance of Ludlow Touring Park, the company’s latest purpose built caravan, motorhome and RV park.

Morris Leisure Director, Edward Goddard said, “Its fantastic news that film makers have chosen Shropshire, it is a beautiful county and has so much to offer, shown to a global audience the film will really promote the area”.

Filming in Bridgnorth for the dramatic opening scene will start in May and when completed will be distributed through Netflix, Amazon, iTunes, Vimeo and Google Play.

It is described as a horror thriller, with hints of black comedy, and shows the dark side of the fashion industry, nightlife and a world where fame destroys those who make an idol of it.

Although the cast, including Ayvianna Snow and Adam Isdale, are not yet household names, the role of Dracula is being played by European model James Tratas, who is becoming a big name in film and theatre in his native Czech Republic.

He is delighted by his forthcoming film, telling his internet followers that Shropshire is “one of the most stunning locations in the United Kingdom”.

Members of the production include BAFTA award-winning director of photography, Alan McLaughlin, and film editor Richard Cox, who has also won BAFTAs for his work. The crew meanwhile has plans to take full advantage of what Shropshire has to offer.

Filming will take place at Aldenham Park, a privately owned residence, located between Bridgnorth and Much Wenlock. Aldenham will be a location where a lot of the action takes place along with the Castle Walk in Bridgnorth and possibly shooting in parts of Telford.

Location managers are still till looking for the ideal location for Dracula’s house, which would ideally be somewhere in Bridgnorth, Much Wenlock or even as far as Shrewsbury and are  hoping to find something stylish and contemporary, perhaps even a modern barn conversion. 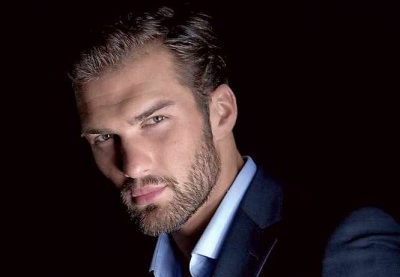