Shropshire, the UK's Most Haunted County?

With a long and gory history, Shropshire is said to be one of the most haunted counties in the UK.

Here are some of our top myths and spooky stories from around the county... 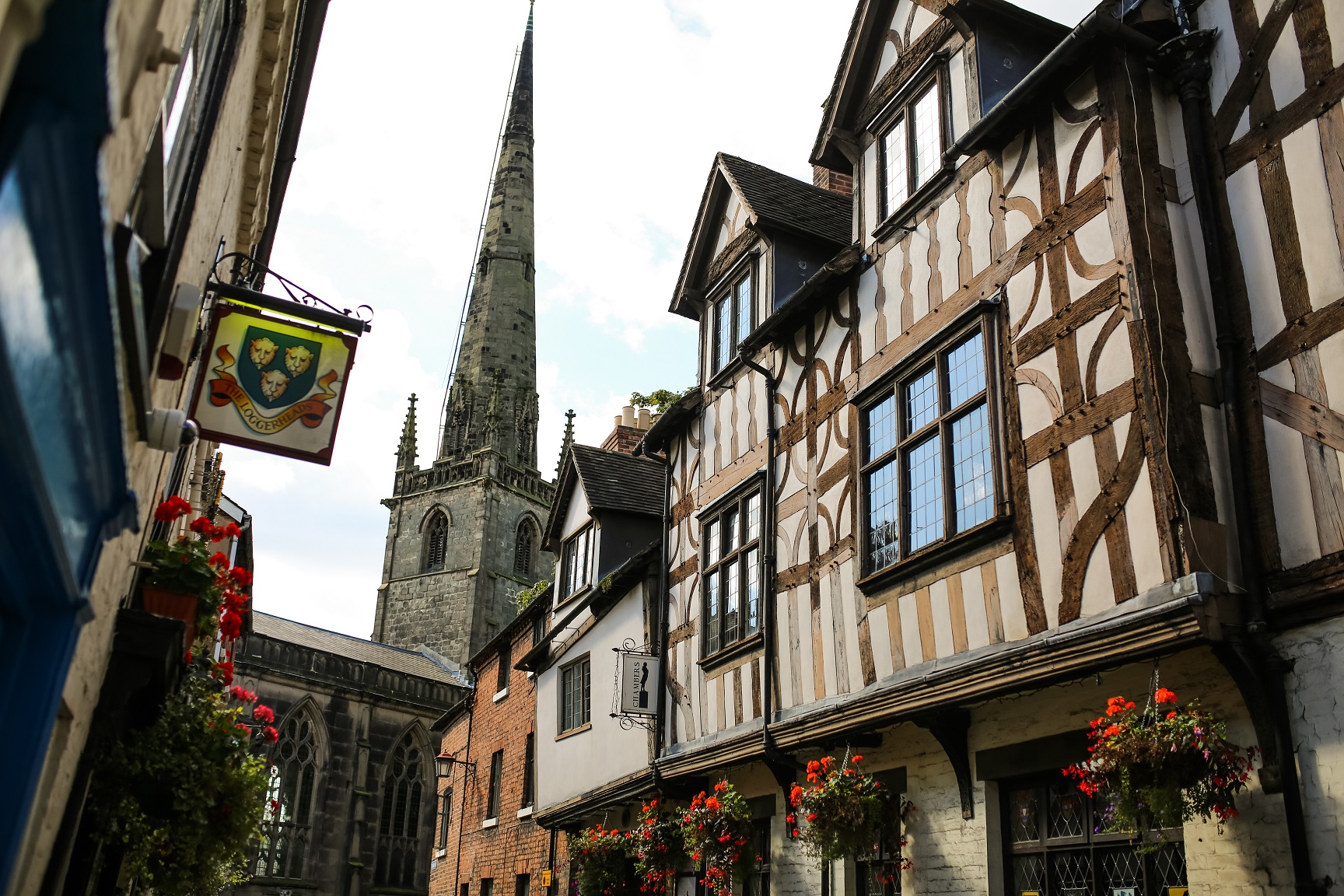 Shrewsbury Castle is rumoured to play host to ‘Bloody Jack’, the particularly nasty ghost of a 12th century serial killer of young women who stored their corpses at the castle. According to legend, a young maiden saw Jack dragging her own sister's bloodied corpse across the drawbridge, through the courtyard, and into the castle. The girl fled and informed the local authorities, who arrested Jack. The villain believed to have murdered at least eight other women. He was sentenced to death. Hanged, drawn and quartered, his head was displayed upon a pole, for all to see. Many witnesses claim to have seen his ghost in the castle grounds over the years, sometimes dragging Mary-Anne by her hair to her death.

This infamous local landmark is supposedly haunted by the ghost of a Puritan who was cast out by the Corbet family after initially being harboured by them during the reign of King James I. He took shelter in nearby woods, returning only to curse the house and its residents with this declaration: ‘Rejoice not in thy riches, not in monuments of thy pride, for neither thou, nor thy children, nor thy children’s children shall inhabit these halls.’ The curse was indeed fulfilled because it scared the family so much that none of them would live in the house again and it fell into ruin.

Dating from 1150 and once home to the grandson of James I, the Prince Rupert supposedly has several invisible residents. The spirit of a jilted bride who hung herself on her wedding night roams the conference suite and another room is home to a young man who killed himself after his girlfriend left him. Guests have reported having their pillows removed when no one is there and at least one person claims to have caught a spirit on camera. One of the directors of the 1984 ‘A Christmas Carol’ was staying at the hotel when filming in Shrewsbury and a saw a figure disappear through a wall.

There are numerous spooky goings-on at this pub, jukeboxes switching on in the middle of the night, furniture being shifted, and the sound of barrels being moved around in the cellar. There are supposedly three ghosts in the Nags – a coachman who hung himself, a woman who threw herself out of the window under the wheels of a passing coach and horses and a soldier who shot himself whilst on leave during WWI. Legend has it that all three died after looking at a painting that is hidden on the inside of a cupboard in one of the rooms. Legend has it that anyone who sees it will be dead within the year.

It has only been recently that investigators have had the chance to study the paranormal activity at HM Shrewsbury Prison, so there is no real information regarding who might be responsible for the strange occurrences! There are all sorts of strange reports coming out of the prison including unexplained bangs, cell doors crashing shut, disembodied wailing and so much more! Shrewsbury Prison is one of the oldest prisons in the UK and has a macabre and sinister history. A Victorian prison built upon the foundations of a Georgian prison, and with an unwelcome history of executions, death and sometimes barbaric treatment. This abandoned prison is vast with so many haunted areas to investigate. Many people report the sighting of somebody looking out of the window or the room where the executions took place.

St. Alkmund's is said to be haunted by a steeplejack who helped construct the church spire, back in the fifteenth century. It is believed that the man accepted a bet to climb the church tower, and fell to his death as a result. Numerous witnesses claim to have seen his ghostly form climbing the spire at night. 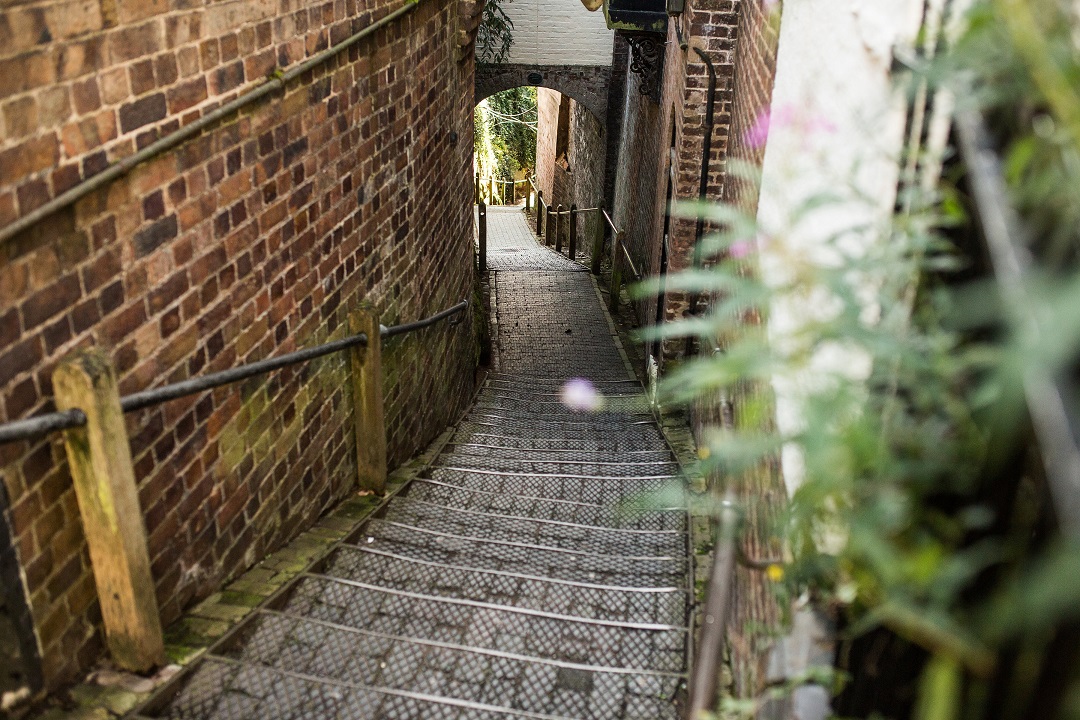 The Punchbowl lays claim to a number of ghostly sightings, chiefly that of a disfigured former landlord named Harold, who roams the pub with his Irish wolfhound at his side. He’s rumoured to have killed his wife and a little girl called Jesse, who also haunts the pub. The current landlords claim that their son used to talk to Jesse when he was only two years old.

The Hen & Chickens, now known as the Friars, is a 17th-century coaching in just off St Marys Street. There have been many ghost sightings in the inn with sightings in the cellar, a monk in the bar and a spirit that passes through the wall into the adjourning building. One account states: “One night the barman went down into the very ancient cellar that belonged to the previous property, to bring some packets of crisps to put behind the bar. The Inn was fairly busy, and he was heard screaming from the cellar, and then he rushed up the cellar stairs as white as a sheet. He sat down and told how he had put his arm under a low shelf, only for a hand to grip his arm with great strength. It was such a force he was badly bruised.”

The disused railway tunnel which runs under the town is believed to be haunted. During the last war when the tunnel was still in use, the entrance was guarded by members of the home guard. One night while on duty, a young soldier saw a ghostly figure coming towards him out of the tunnel.

He experienced a feeling of extreme terror which prompted him to aim his rifle at the figure. He remained rooted to the spot for what seemed to be hours as the figure moved closer until it disappeared. Since the closure of the tunnel, it has been used as a playground by local children. One bonfire night whilst playing with fireworks in the tunnel, a ghostly, brightly figure came towards a group of children, who ran away in terror, vowing never to enter the tunnel again. 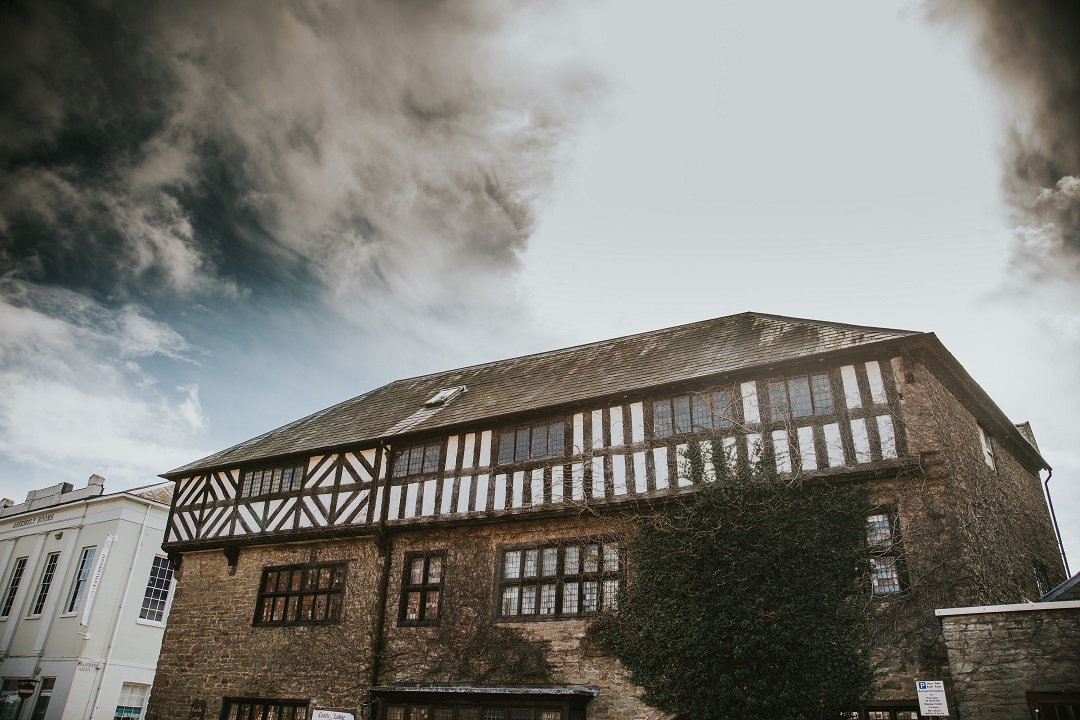 This beautiful spot is reputed to be haunted by Marion de la Bruere, who in 1138 was betrayed by her lover, Arnold de Lys. Marion was in the habit of leaving a rope hanging from the castle’s battlements to enable Arnold to visit her in secret, but one night he used the rope to gain access for his soldiers, who took control of the castle. When she realised what her beloved had done, Marion slit Arnold’s throat with his own sword before throwing herself to her death from the Hanging Tower on to the rocks below. Marion’s spirit is still spotted from time to time at dusk. It has also been said that if you happen to visit on the anniversary of her death you will also hear her screams as she plunged to her death!

The Feathers Hotel in Ludlow is a 17th-century coaching inn which is well known for its famous Tudor beams and its historic past. It is also known for being one of the most haunted places in Shropshire. The most haunted spot in the hotel is said to be room 211, where a jealous spirit dwells. He is said to hate women and on one occasion a female guest was dragged from her bed by her hair. After getting back to sleep, she was woken again with the sensation of a bucket of ice cold water being thrown over her, but the bed remained perfectly dry. While the spirit seemed aggressive towards her, apparently her partner had a rather peaceful sleep feeling the sensation of his cheek being stroked. There have also been sightings of a man in Victorian clothing walking through rooms 232 and 233 with his dog before vanishing into thin air. Another more contemporary ghost is sometimes seen in the carpark. She is said to be dressed very scantily in a mini skirt, wearing a pair of clogs and is said to walk through the cars and then fade away!

A soldier from the nearby castle has been seen at the Blue Boar pub and is named as the Officer of the Tower. When last seen in the 1950s, he wore a blue tunic with shiny silver buttons. Other ghosts said to be residing here include a Cavalier soldier, an ageing Victorian woman, a pipe-smoking man and a teenage girl.

St Lawrence’s Church is supposedly haunted by an old woman, wearing a long robe and having grey hair. She moves through the churchyard between the graves and also near the rectory.  It has been suggested that she may appear more often on summer evenings and sometimes screams.

If you would like to experience any of these spooky happenings for yourself, Ghost Tours are available. Please see links below.