Gary and Sheena Trigg have taken over as managers of our Stanmore Hall Touring Park at Bridgnorth and have recently been joined by Peter Houghton and Cindy Abbott. 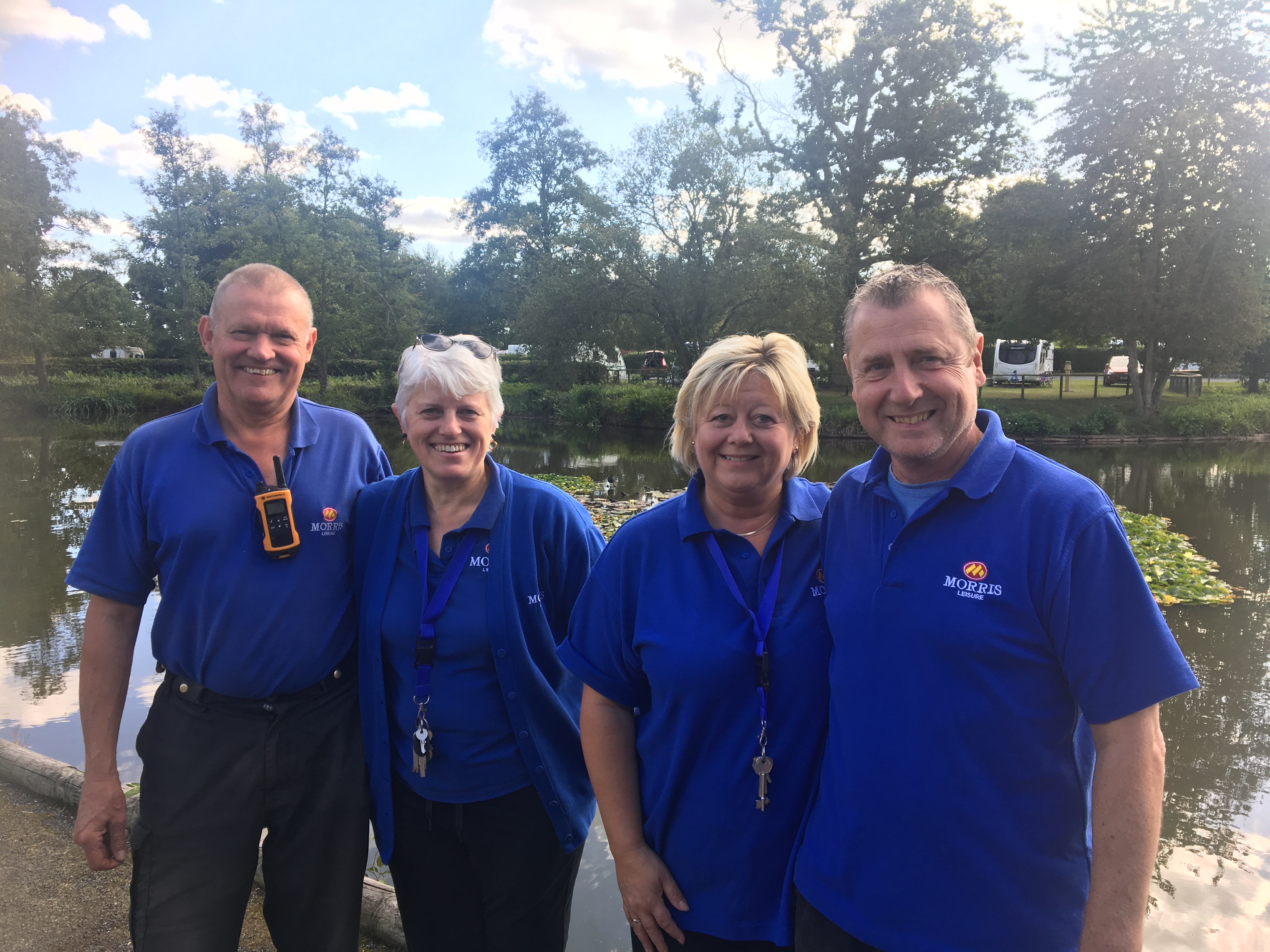 The Triggs previously ran a business together for 20 years in Cornwall. Previous to this, Gary was a non-commissioned officer in the RAF for 26 years, while Sheena worked in an art gallery, shop manager and in the officers’ mess at RAF Bentley Priory.

The couple joined our mailing list while staying at our Riverside Touring Park in Betws-y-Coed, four years ago.

Gary, who has completed the Great North Run 21 times, was in the process of conquering four peaks in four days to celebrate his 60th birthday.

When the vacancy at Stanmore Hall came up, the Triggs applied and secured the managers’ role. “Gary has been rejuvenated since coming to work at Stanmore Hall,” said Sheena. “We are very passionate about what we do and want to make the park a memorable place for people to stay.”

The couple have owned a motorhome for two years and previously had a VWT5 conversion which they used for work and to get away for breaks.

Peter and Cindy have also opted for a complete change of careers. Peter, a chef for 42 years, gave up long hours in a Barmouth hotel kitchen to take up the assistant manager’s role at Stanmore Hall with his partner Cindy, a qualified dental nurse who has experience of shop and café work.

Like the Triggs, they discovered the job vacancies while staying at Riverside Touring Park and joined the company last month. They really enjoy the work, meeting customers and Stanmore Hall’s beautiful lakeside setting.

“Peter was under a lot of stress in his previous job and he is already happier and much more relaxed working out in the fresh air in such a peaceful setting,” said Cindy. “You feel as if you are out in the countryside, yet you are close to so many attractions.”